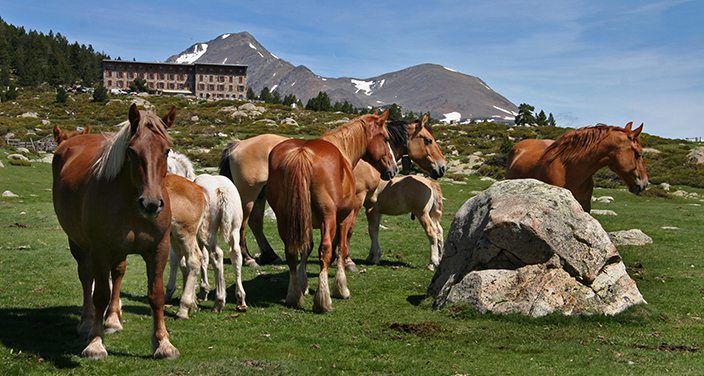 When the warm weather arrives, and alpine pastures are green Carlit, Llivia cattle climb up to spend the summer months. Ranchers make this trip every year with their livestock to take advantage of the fresh grass of high mountain.

Llívia urged that this agrarian tradition a party and each year farmers and tourists accompany the cattle to make up in the meadows of the Boullouses and a popular food is made with grilled meat and cake Llivia.

The current limits are the result of the Treaty of the Pyrenees (1659) and subsequent agreements Bayona (1886). Llívia has an area of 12.84 square meters and is 1,223 m. above sea level, bounded on the east by the Estaüja and rivers Vall-llobrega of Aguilar and the terms of Targasonne, Estavar and Ro (Sallagosa), at noon with Er, Sainte-Léocadie, Palau, Càldegues and eleven and west and north Ur, Vilanova, Escaldes, Angostrina and Targasonne. Complete the term Cereja nuclei and Gorguja. Within French territory, Llivia, has since ancient grazing right area of Lower Carlit (1156 hectares) and Bac de Bolquera (188 hectares), these areas are formed by forests, pastures and lakes.

These 1344 hectares within French territory are divided into two areas: Under Carlit and Bac de Llívia.

The year 1035 in the will of Count Guifré his mother leaves him the "dominicatura of Llívia with Prats, pastures and thickets received from his father." Later in 1175 a document confirms these properties remain the property of Llívia until Alfonso I transfer it to the Monastery of Poblet, but Llívia can continue to use their rights. On 9 April 1297 the Monastery of Poblet sells these properties in Puigcerda, once bought Llívia Puigcerdà prohibits carrying livestock. Llívia he not accepted and filed a complaint to the king of Mallorca and achieved the historic rights he had. Puigcerdà finally sold to Francisco Sicard of Llívia Alangny in 1715 and continues to use the pastures.

In 1827 the French government makes the first Cadastral Plan, 10 years later, a descendant of the former owner requests the division by eleven towns including Llivia, 1842 the Court of Prades accept this deal. But in 1878 Angostrina does not agree with the use of collective pasture and asks partitions, the Court of Prades declares indivisible and orders the tender of the farm and in 1879 was awarded to the people of Ur, Vilanova de Escaldes, Odello and Llívia (Angostrina five more villages left out).

In 1903 the French state, by decree, declaring the marshland Bullosa (Llivia property) public interest to build a dam. Finally the interests of the French and Llívia resolved as follows: Llívia yielded 66 ha. in exchange for 200 ha. in the area of the Coma of Grava and Solà de la Coma.

In 1960 it was leased, contravening the provisions in force, a plot in the Plan of Good Hours, one of the clauses stating that the lease sale could be transformed into full ownership. And conflicts arose again. Finally in 1980 the problem is solved: a French company to build and operate a hotel on the plot in the plane of the Good Hours, operation q runs until 2030 date the building and exploitation will be granted Llívia hands.

As for the area of Bac de Llívia and in time of the counts of Cerdagne the lliviencs made usufruct the area, in this case disputes were mainly with Bolquera which divides the field into 3 parts after years of conflict finally in 1832 and Llívia a part in (the current) and the remaining two to Bolquera wins.

At present most of the property is in the town of Angoustrine and the rest in the communes of Bolquera and Font Romeu. 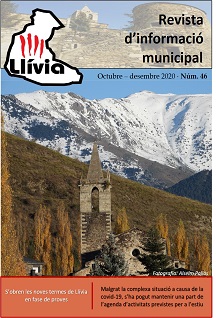